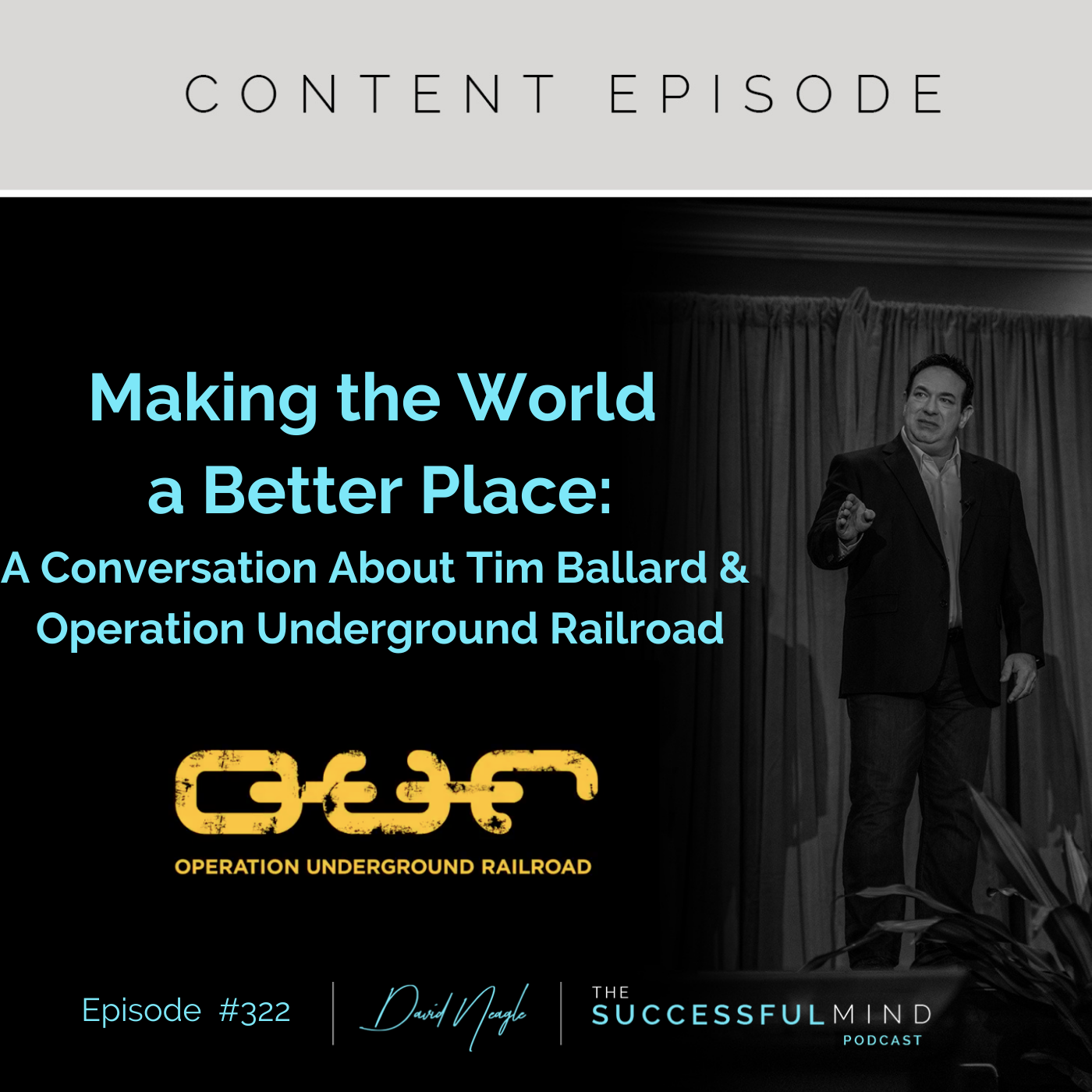 If the past year has taught us anything it is the power of community and coming together that eventually makes the world a better place.  Recently in a moment of reflection, as I am prone to do when embarking on a new year, I was overwhelmed by the amount of adversity and division our world has been going through in recent times.  This is not to say there haven’t been amazing moments of growth, far from it.  However, nothing unites people like a common enemy and I am committed to contributing to something that will make this world a better place for the lives of our children and beyond. Which is why I’m bringing a very uncomfortable topic to the podcast today, and a deviation from our usual topics.  Today I want to talk about human trafficking.

I was recently introduced to an organization called Operation Underground Railroad and its founder Tim Ballard. Ballard spent over a decade working as a Special Agent for the Department of Homeland Security where he was assigned to the Internet Crimes Against Children Task Force and deployed as an undercover operative for the U.S. Child Sex Tourism Jump Team. He has worked every type of case imaginable in the fight to dismantle child trafficking rings, which is what led me to want to understand more about his mission and get involved personally.

Here are some shocking facts to consider:

If these statistics make you uncomfortable they should.  Armed with this information and an incredible amount of respect I have for Tim Ballard and his global mission to save as many kids as possible, I wanted to share this information with you and remove as much ignorance as I can to be part of the movement that stops this growing problem. I cannot imagine what it must be like for a family to lose a child or for a child to suffer through as part of this.  As is the case with growth and understanding, in order to make significant change you have to dig into the darkest crevices of yourself and shine the light on the parts that aren’t so great and be courageous enough to deal with them.  This is exactly that.

The Successful Mind Podcast on YouTube – Episode 322:  Making the World a Better Place

Episode 201 – Life Can Change In An Instant