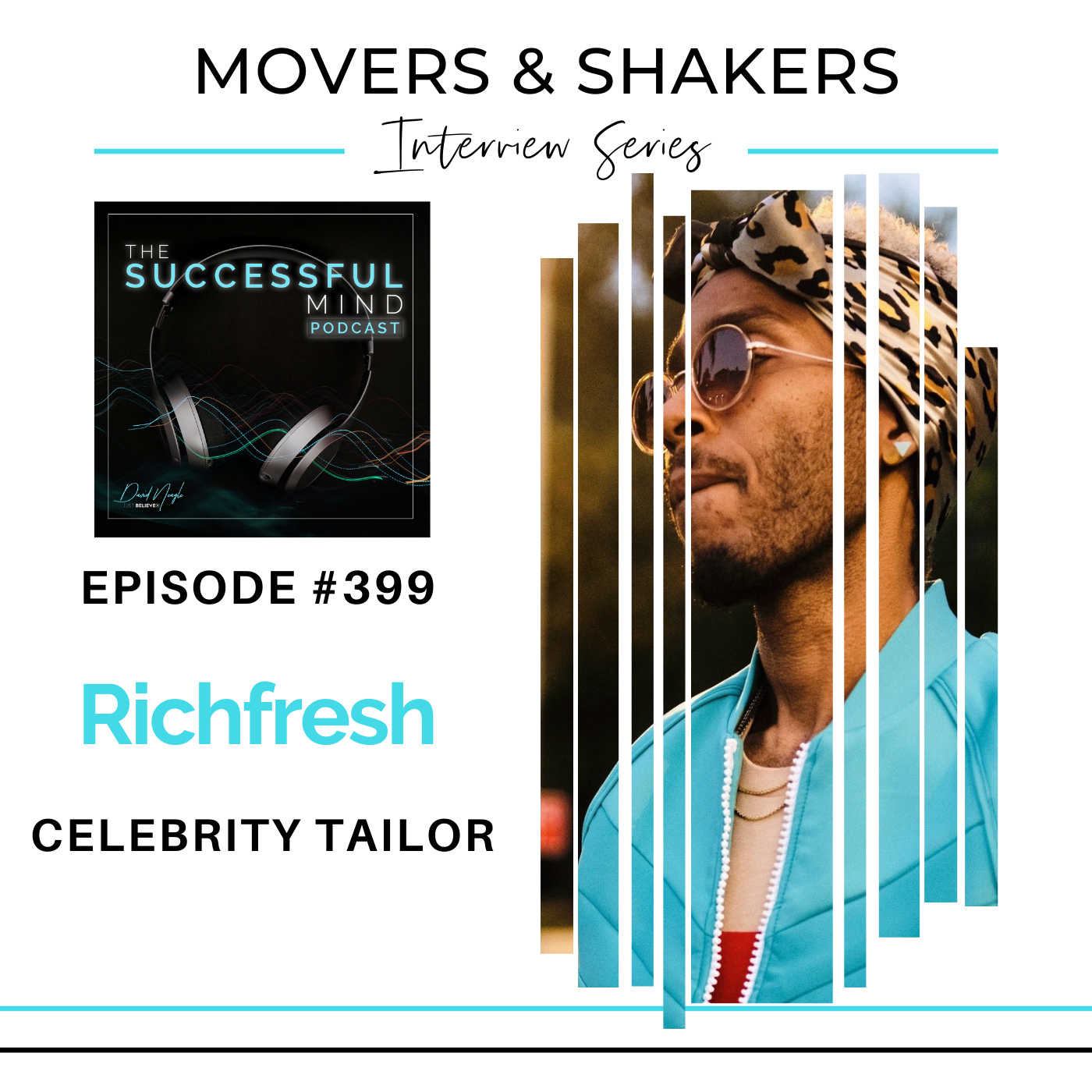 Today I have an incredible guest named Richfresh (a.k.a. “Fresh”), who is a celebrity tailor, fashion designer, and entrepreneur. His fashion line, Richfresh, has been seen on the likes of Justin Bieber, Dwayne Wade, and Diddy. He’s also the CEO and co-founder of Henry Mask.

The road to success was not an easy one for Fresh. Previously being an alcoholic, having no money, and having to care for his young daughter alone, he ended up living in a homeless shelter. After being taken for $15,000 by a client, he says he heard the “voice of God” speaking to him—and from there, everything changed.

In this episode, we discuss:

“You can have all the advantages in the world,” Fresh says. “But if you lack the desire to do something with it, you won’t get any outcome.”

Plus, he shares how he began asking God for what he wanted—bigger and bigger amounts of money—and the money showed up…but only AFTER he sacrificed the things that were holding him back.

Fresh’s story illustrates the law of sacrifice—which says in order to receive something of a higher nature, you must first let go of something of a lower nature.

Get Social with Fresh:

More inspiring Movers & Shakers to show that you can overcome anything as long as you’re willing to be authentic and persistent from The Successful Mind Podcast: