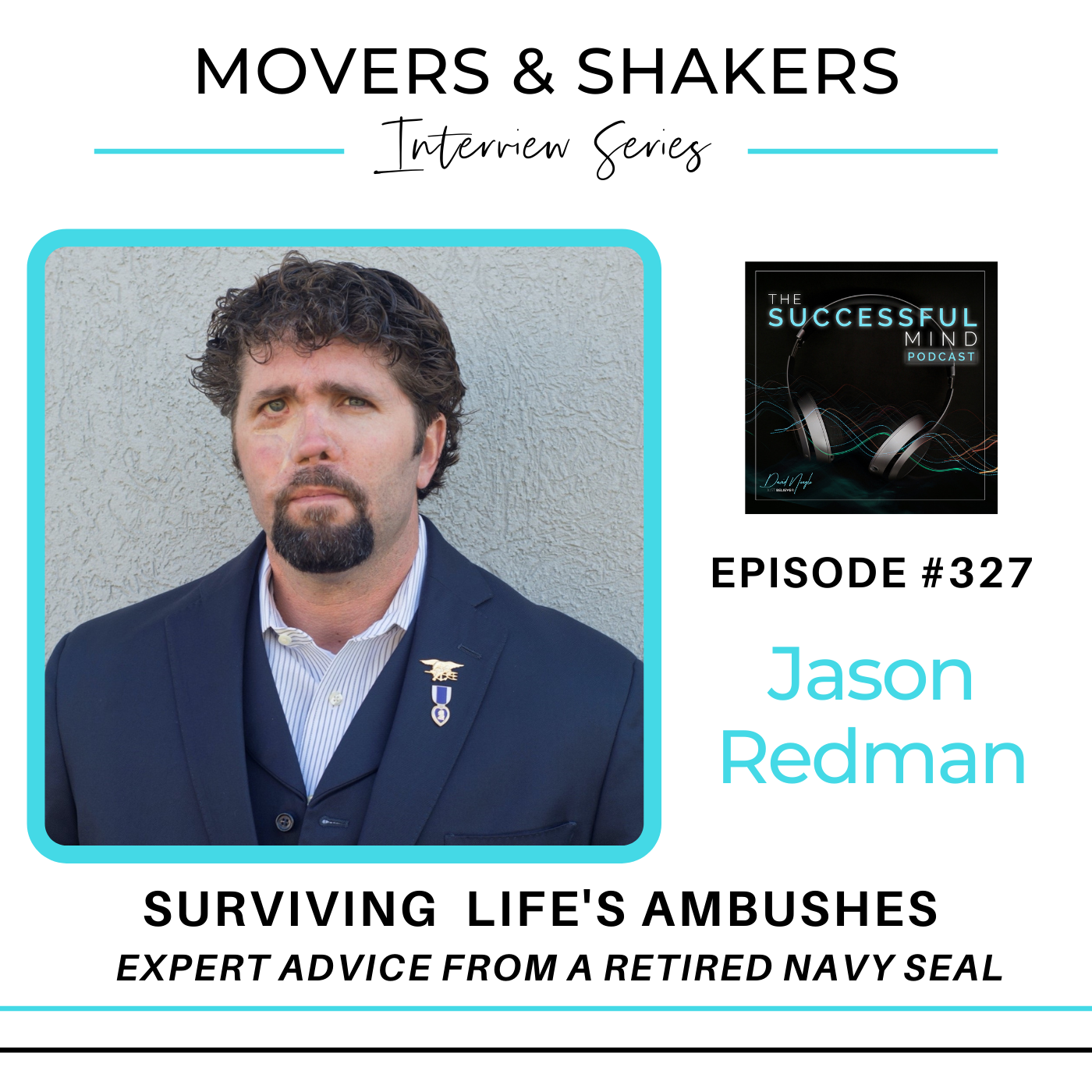 On September 13, 2007, while acting as Assault Force Commander on an operation to capture a high value Al Qaeda individual, LT Redman and his Assault Team came under heavy machine gun and small arms fire where he was severely wounded in the firefight. Despite being shot twice in the arm, once in the face, as well as taking multiple rounds to his helmet and body armor, LT Redman and his team fought valiantly ensuring that everyone came home alive. His career in the military ended that day, but his long road to overcoming his injuries was just beginning.

While recovering at Bethesda Naval Medical Center, LT Redman wrote and hung a bright orange sign on his door, which became a statement and symbol for wounded warriors everywhere. This sign gained national recognition and earned him and his family an invitation to meet President George W. Bush in the Oval Office. The original sign on the door, signed by the former President, now hangs in the Wounded Ward at the National Naval Medical Center Bethesda.

He is the author of a memoir titled The Trident: The Forging and Reforging of a Navy SEAL Officer as well as the recently released Overcome: Crush Adversity with the Leadership Techniques of America’s Toughest Warriors.

On today’s episode, LT Redman shares his love of country and how a small, self-described weakling went on to become a decorated Navy Seal through persistence, determination, and good old-fashioned hard work.   He shares his Overcome mindset and how in one of the most difficult years ever faced we all came out of it better because we stared adversity and hardship in the eye and refused to succumb to being a victim.  Once you take this in, you’ll understand that when life sends you an ambush it’s time to Get Off the X. Surviving Life’s Ambushes will be your new mantra!

More episodes to inspire you to Get Off The X from The Successful Mind Podcast:

Episode 120: What Gives Your Life Meaning?