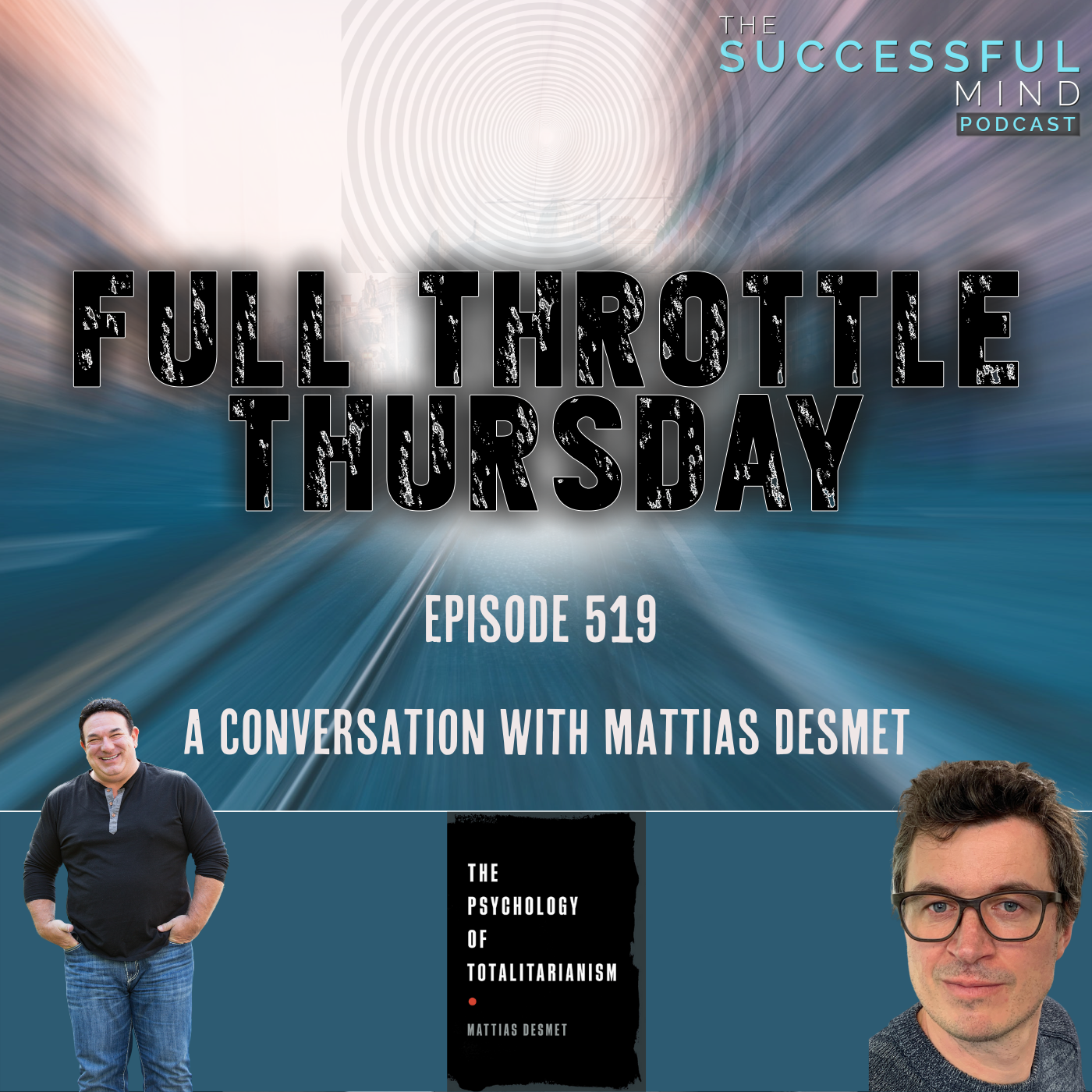 Mattias Desmet is a professor of clinical psychology at Ghent University in Belgium. He lectures on psychoanalytic psychotherapy, and the process of how society gets hypnotized on a mass scale. He has a PhD in Psychological Sciences and a master’s degree in statistics. His new book, The Psychology of Totalitarianism, comes out June 23 and is already hitting the Amazon bestseller lists.

While doing his PhD in 2005, Mattias noticed that most academic research is seriously flawed, with “many erroneous and forced conclusions.” Over 85% of the published studies in the medical sciences are radically flawed. When COVID hit, he immediately suspected that the Corona statistics were also wrong—and that people were dramatically overestimating the dangerousness of the virus.

Mattias says there’s a psychological phenomenon that causes people to stick to absurd beliefs and radically wrong information under certain circumstances. This phenomenon is as old as mankind itself. It was seen during the crusades, the witch hunts, and the French Revolution. If left unchecked, it can lead to the emergence of totalitarian states.

In this episode we discuss:

Mattias says that in the end, a totalitarian system always destroys itself. We just need to make sure it destroys itself before it destroys us. The most crucial thing we can do is to continue speaking out in a quiet way—not by trying to convince people, but by claiming our right to articulate our own opinion in public space.

The Psychology of Totalitarianism by Mattias Desmet

The Pursuit of Objectivity in Psychology

The Gulag Archipelago by Aleksandr Solzhenitsyn

Looking to take your mindset to the next level?  Be sure to stop over on The Successful Mind Podcast Channel on YouTube for EXCLUSIVE content that you won’t find anywhere in your audio podcast feed.  You can now binge an entire series where David takes you through high level teachings around Raymond Holliwell’s classic book, Working With the Law.  If you’re ready to take the next step in exploring the Universal Laws and mindset it requires to be a huge success you’ll want to check this series out. Remember, these are ONLY available on our YouTube channel.  Go to youtube.com/TheSuccessfulMindPodcast, be sure to subscribe, and ring the bell so you won’t miss any of these EXCLUSIVE drops as they become available.  See you there!

Relisten to these thought provoking episodes from The Successful Mind Podcast

Episode 452 – In Search of the Truth: Bret Weinstein & Heather Heying

Episode 471 – In Search of the Truth: Dr. Peter McCullough