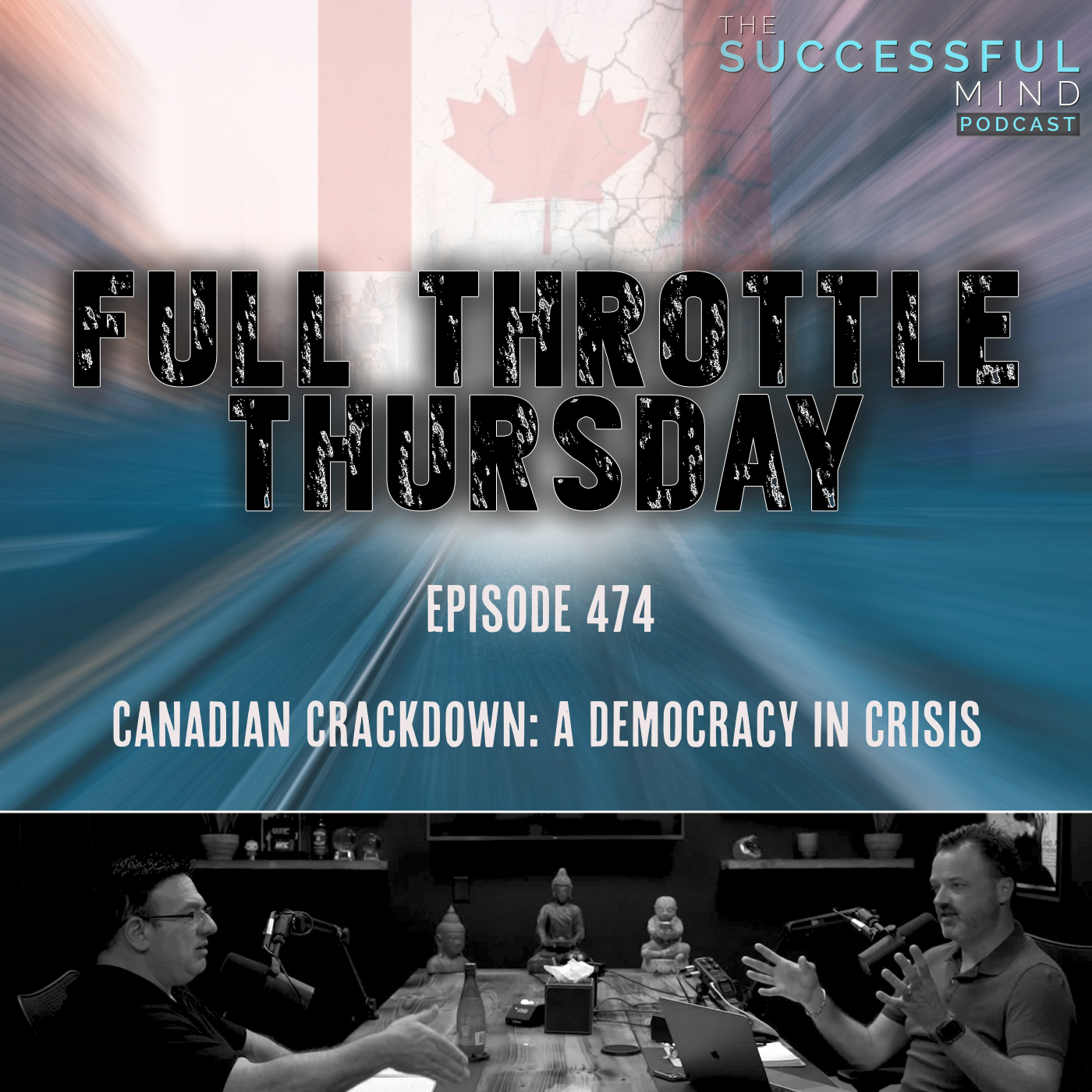 Canada’s government has literally turned into a dictatorship. After Canadian truckers organized a peaceful protest, asking that mandates for truck drivers be dropped—this escalated into a fight for freedom. The truckers’ equipment was impounded. Their livelihoods were taken. And the government seized their GoFundMe account, which raised $10 million in support of the truckers. Now the government is going after anyone who donated to the GoFundMe, which they call a “terrorist organization.” And apparently it’s retroactive.

The downfall of Canada’s democracy is one of the most terrifying things we’ve ever experienced. It can potentially affect much of the western world. Most people have no idea what’s happening, because none of the news channels are covering it.

In today’s episode BT and I discuss:

The assault on democracy is not a hyperbole. I don’t think people realize we could lose our freedom. How Canada responds to this is going to say a lot.

I know this is a sensitive topic and it’s quite scary. My objective isn’t to sway your opinion one way or another, but to give you the information so you can make your own decisions about what’s been happening.

The Catastrophe of Canada | Rex Murphy and Jordan B Peterson

Looking to take your mindset to the next level?  Be sure to stop over on The Successful Mind Podcast Channel on YouTube for EXCLUSIVE content that you won’t find anywhere in your audio podcast feed.  We’ve already dropped several episodes in the series where David takes you through high level teachings around Raymond Holliwell’s classic book, Working With the Law.  If you’re ready to take the next step in exploring the Universal Laws and mindset it requires to be a huge success you’ll want to check this series out. Remember, these are ONLY available on our YouTube channel.  Go to youtube.com/TheSuccessfulMindPodcast, be sure to subscribe, and ring the bell so you won’t miss any of these EXCLUSIVE drops as they become available.  See you there!