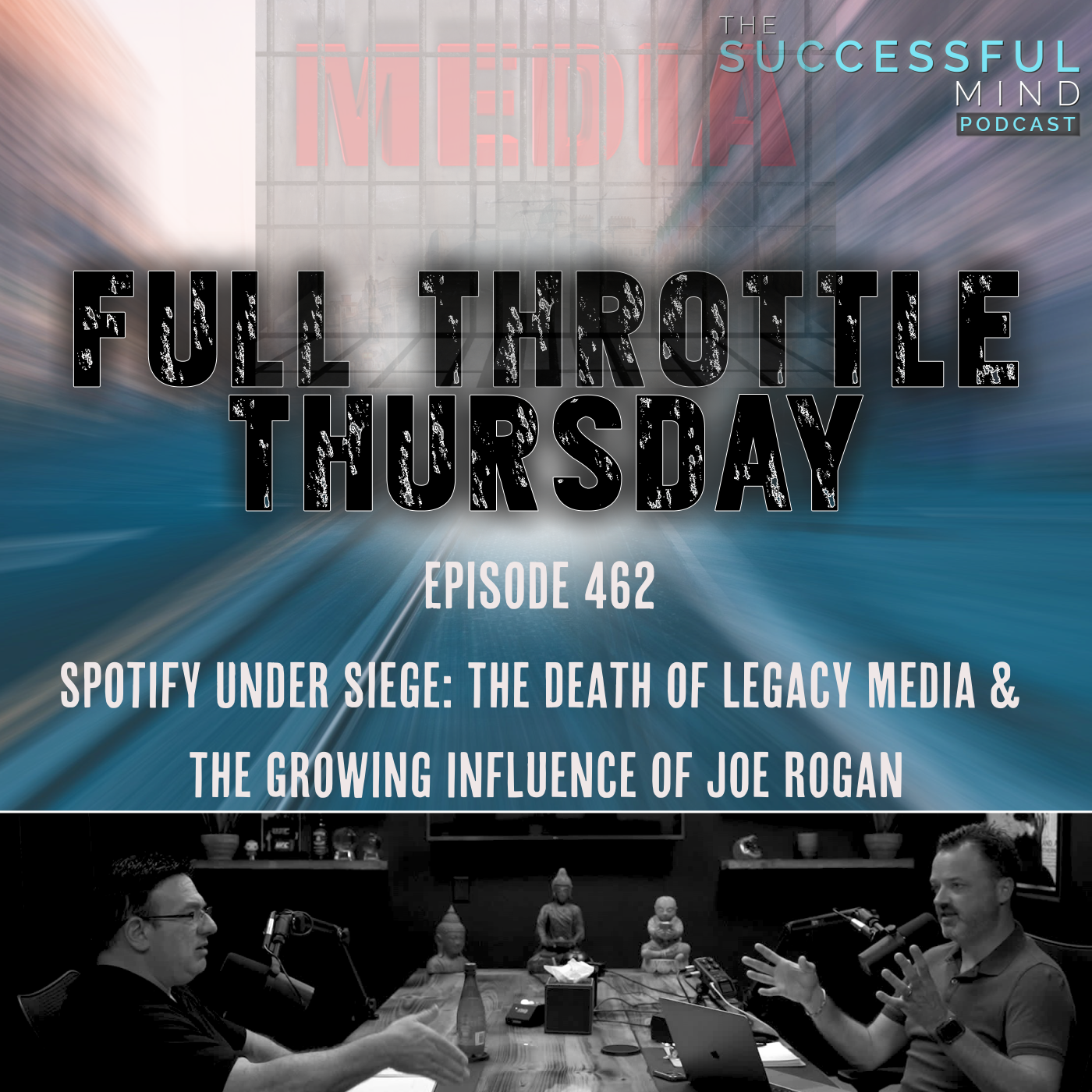 Joe Rogan has become one of our most important influencers, averaging 11 million podcast views per episode on Spotify. His recent interview with Dr. Robert Malone had over 50 million views. Hands down, Rogan is the most listened-to person in the world.

Meanwhile, CNN and MSNBC’s ratings have dropped from a million views per episode last year, to under 100,000 views per episode today. This rapid decline indicates that people no longer trust legacy media and are seeking alternative perspectives. Many are realizing that so much of what we’ve been told over the last two years is turning out to be BS.

In this episode, BT and I discuss:

My whole life has been spent looking for the truth, which seems to be what Joe Rogan is doing. I’m grateful he’s out there challenging the established narrative. I care deeply about our country and where we’re headed. I think we’re dangerously close to reaching an edge we might not be able to come back from—with the totalitarian push to shut down certain voices. That’s why I’m bringing you this important conversation—not to change your opinion, but to get you to really think about what’s true.

Episode 459 – Full Throttle Thursday – Mass Formation: How Groups Can Be Led to Think in One Direction

Want more David in your life? Be sure to join him over on You Tube for EXCLUSIVE content that you won’t find anywhere near your audio podcast feed. Starting February 2nd, we’ll be dropping the first in a series of YouTube only episodes beginning with a series David did around Raymond Holliwell’s classic book, Working With the Law.  If you are looking for a deeper dive into Universal Laws and the mindset it requires to be a success you’ll want to check this out. Remember, these are ONLY available on our YouTube channel.  Go to youtube.com/TheSuccessfulMindPodcast, be sure to subscribe, and ring the bell so you won’t miss any of these EXCLUSIVE drops as they become available.  See you over there!

Episode 128 – Break Free of What People Think of You