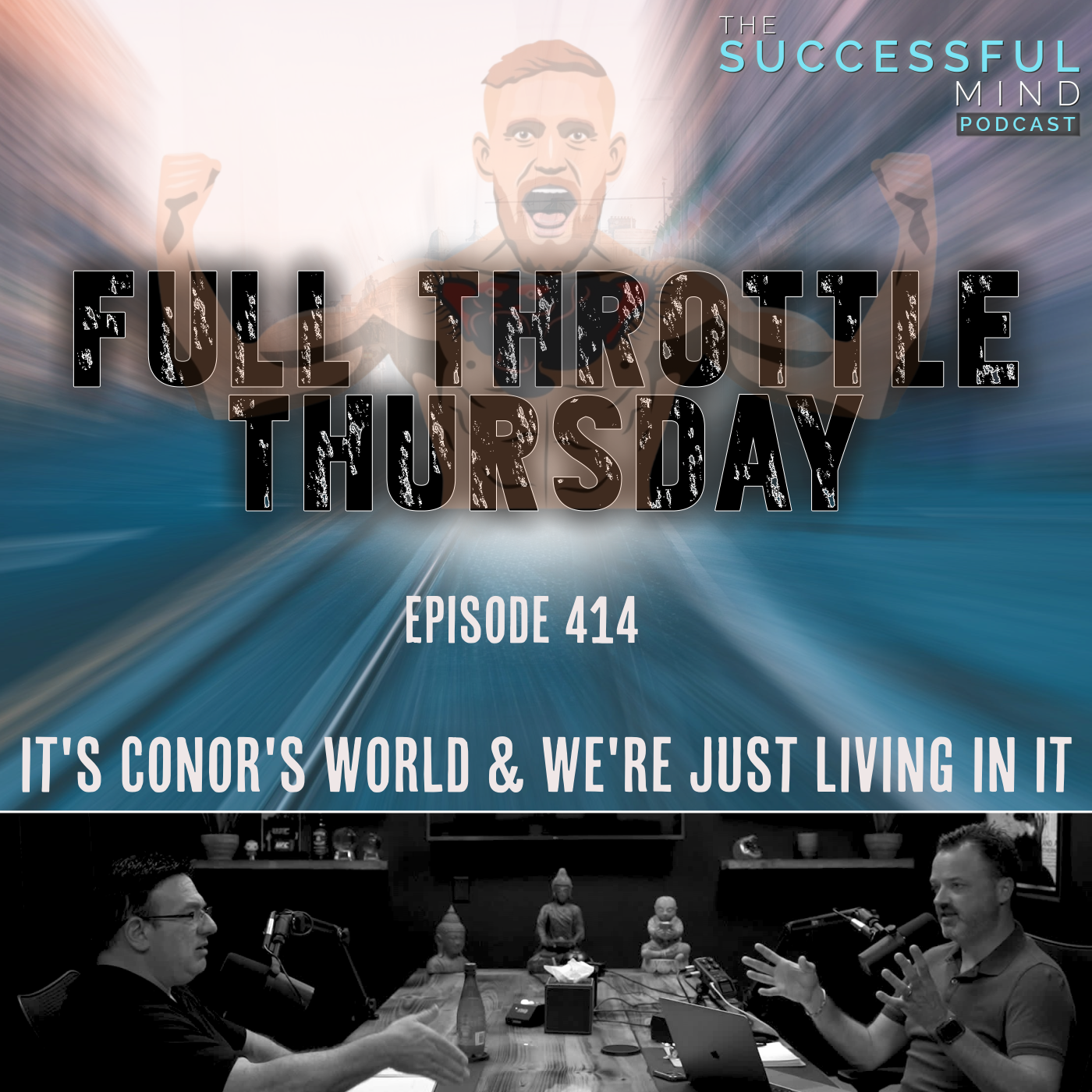 Conor McGregor is an MMA fighter, a businessman, a fantastic marketer, and a master at promoting himself. He’s almost known more for what goes on outside the octagon, than what goes on in it. By the age of 32, he amassed a net worth of $200 million, which includes MMA, boxing, endorsements, a whiskey business, sponsors, men’s wear, and sports management.

From a business perspective, I find Conor fascinating. He sells himself constantly and keeps himself relevant—always in the conversation. He’s building a legacy for himself, making a ton of money, and probably going down as one of the greatest fighters in history.

In today’s episode, BT and I chat about all things Conor. We discuss:

Clearly it’s Conor’s world, and we’re just living in it.

Conor McGregor: How I Used The Law of Attraction to Visualize my Success into Reality

Conor McGregor: The Law of Attraction & How to Use It