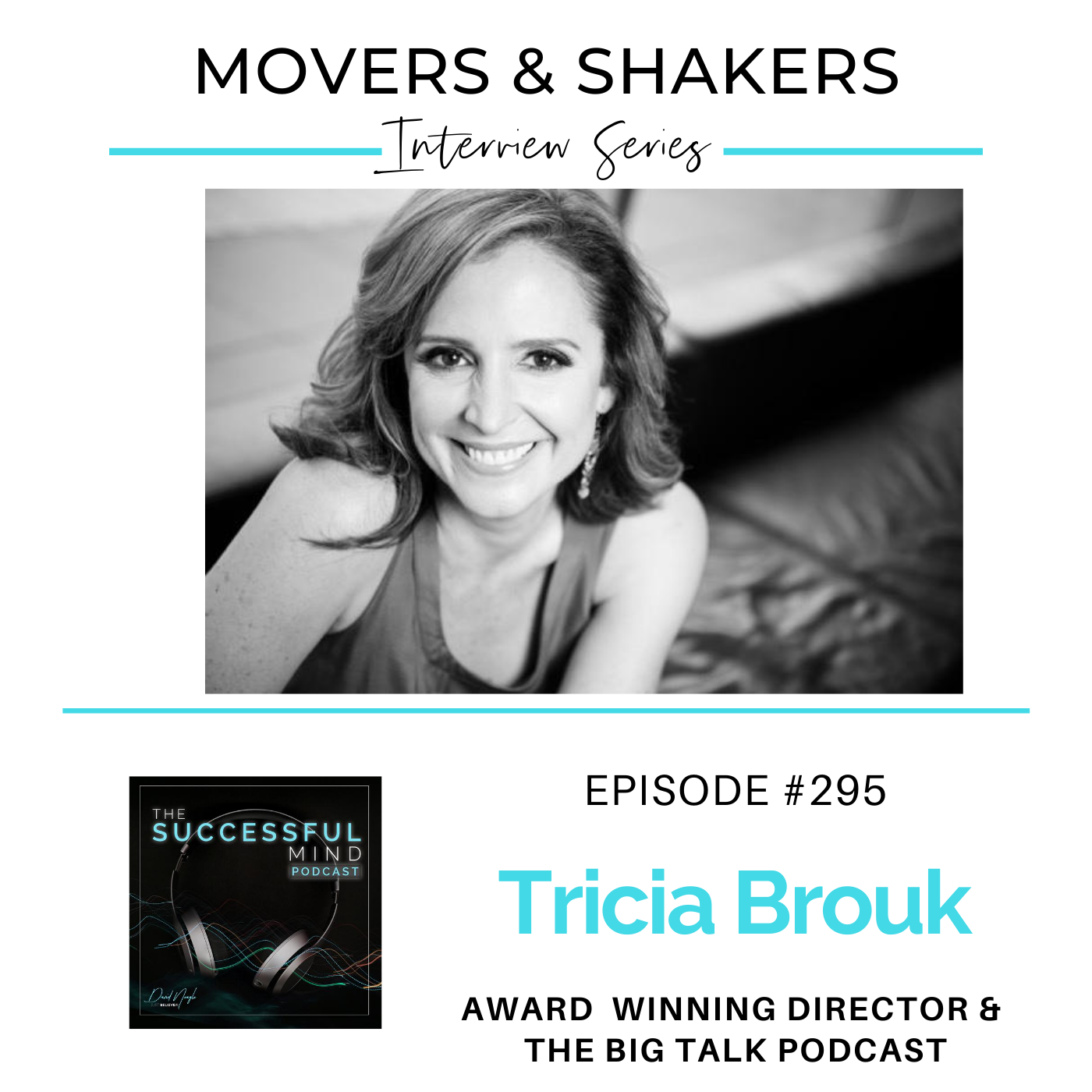 Be Honest! Is your ego holding you back? Need to push beyond your limits to grow both personally and professionally? In today’s episode, David talks to Tricia Brouk on these topics and more. Tricia Brouk is an international award-winning director. She works in theater, film, and television. In addition to her work in the entertainment industry, she applies her expertise to the art of public speaking.

She’s the executive producer of Speakers Who dare, a TEDx producer. She choreographed Black Box on ABC, The Affair on Showtime, Rescue Me on Fox, and John Turturro’s Romance and Cigarettes, where she was awarded a Golden Thumb Award from Roger Ebert. The series Sublets won Best Comedy at the Vancouver Web-Festival. She curates and hosts the Speaker Salon in NYC, The Big Talk an award-winning podcast on iTunes and directs and produces The Big Talk Over Dinner a new tv series.

She was recently awarded Top Director of 2019 by the International Association of Top Professionals and her documentary Right Livelihood A Journey to Here about the Buddhist Chaplain at Rikers Island won Best Documentary Short at The Olympus Film Festival and You’re Gorgeous, I Love Your Shirt, An Inside Look at Bullying and Mental Health is also won Official Selection at The Awareness Film Festival.

On this episode, you’ll learn:

— How to innovate and create despite a challenge

— How to have the patience for what’s next