Episode 198: A Lesson About Purpose From The Movie, Harriet 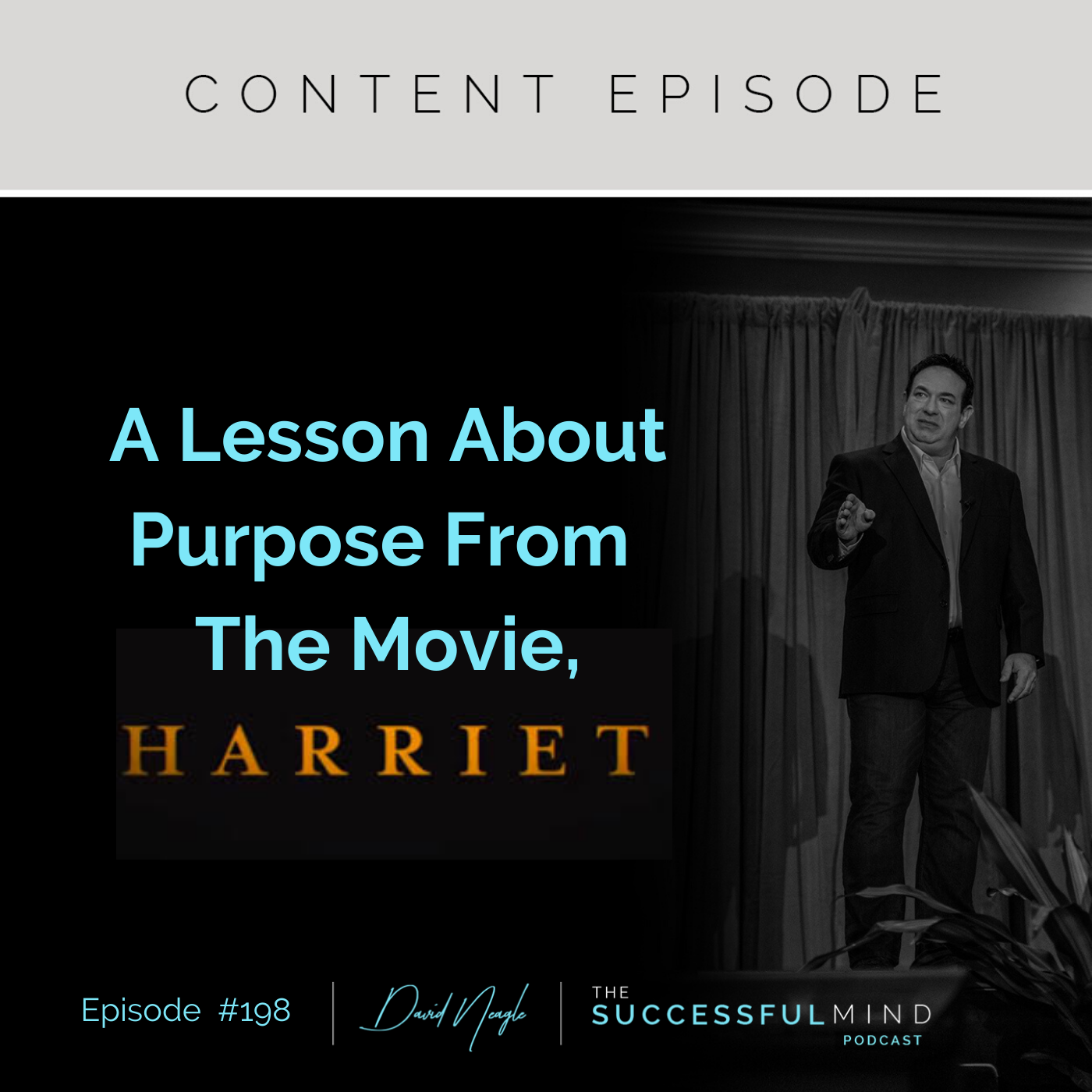 I recently had the pleasure of watching the movie Harriet, based on the life of abolitionist and activist Harriet Tubman. I was taken by much of the film, especially how the majority of it was based in historical fact.  What really spoke to me were the ideas and dramatizations around human nature.

Harriet Tubman had a deep sense of purpose. She believed that she was meant to get herself free so that she could free others.   According to history, she freed about seventy slaves herself and then there were a few hundred that she freed during the Civil War.  An astonishing feat when you consider the intense amount of danger she faced each trip to the south and the courage it took to stop at nothing to free others.  In short, she wanted it bad enough to sacrifice whatever it took to see it through.

For anyone that wants to become successful in life, to free themselves from whatever may be holding them back, it becomes a question of purpose.  Are you doing what you were intended to do? When you listen to that voice inside, the one yearning to provide you with direction and opportunities, you have the perfect recipe to accomplish great things.   All it takes is a decision.

The Successful Mind Podcast on YouTube – Episode 198 – A Lesson About Purpose From The Movie, Harriet

Harriet Tubman: The Road To Freedom