Episode 191: David From The Stage: Do You Really Want to Change? 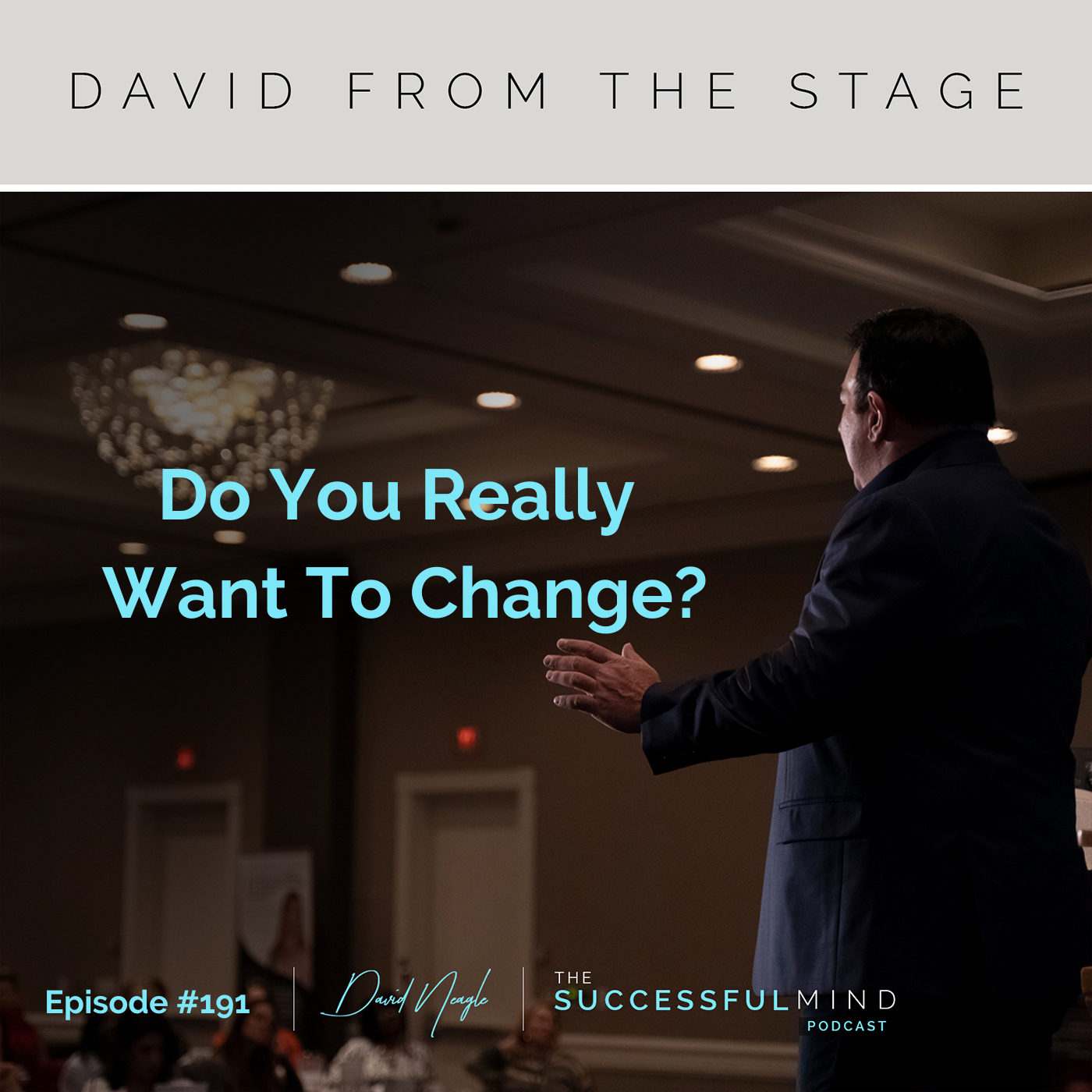 Three months after my son was born I went water skiing on the Illinois River with my family. I had two small children at the time and was badly in need of some much needed adult time to rest and relax. Little did I know that by the end of the day I would be hanging onto a limb, clinging to life after being separated from the boat and sucked completely through a hydroelectric dam.

In that moment where my life was literally hanging in the balance, I made a deal that if I were to survive I would make serious changes moving forward. I was destined for greater things, and I did survive, but here’s the interesting thing. Those changes I bargained for while on that branch were slow to arrive. In fact, it would be some time before I realized my changes had everything to do with how badly I wanted them.

One of the biggest problems we have is not that we can’t get to where we want to go, it’s that we really don’t want it bad enough. Ask yourself, do you really want to change?

The Successful Mind Podcast on YouTube – Episode 191: David From The Stage: Do You Really Want To Change?