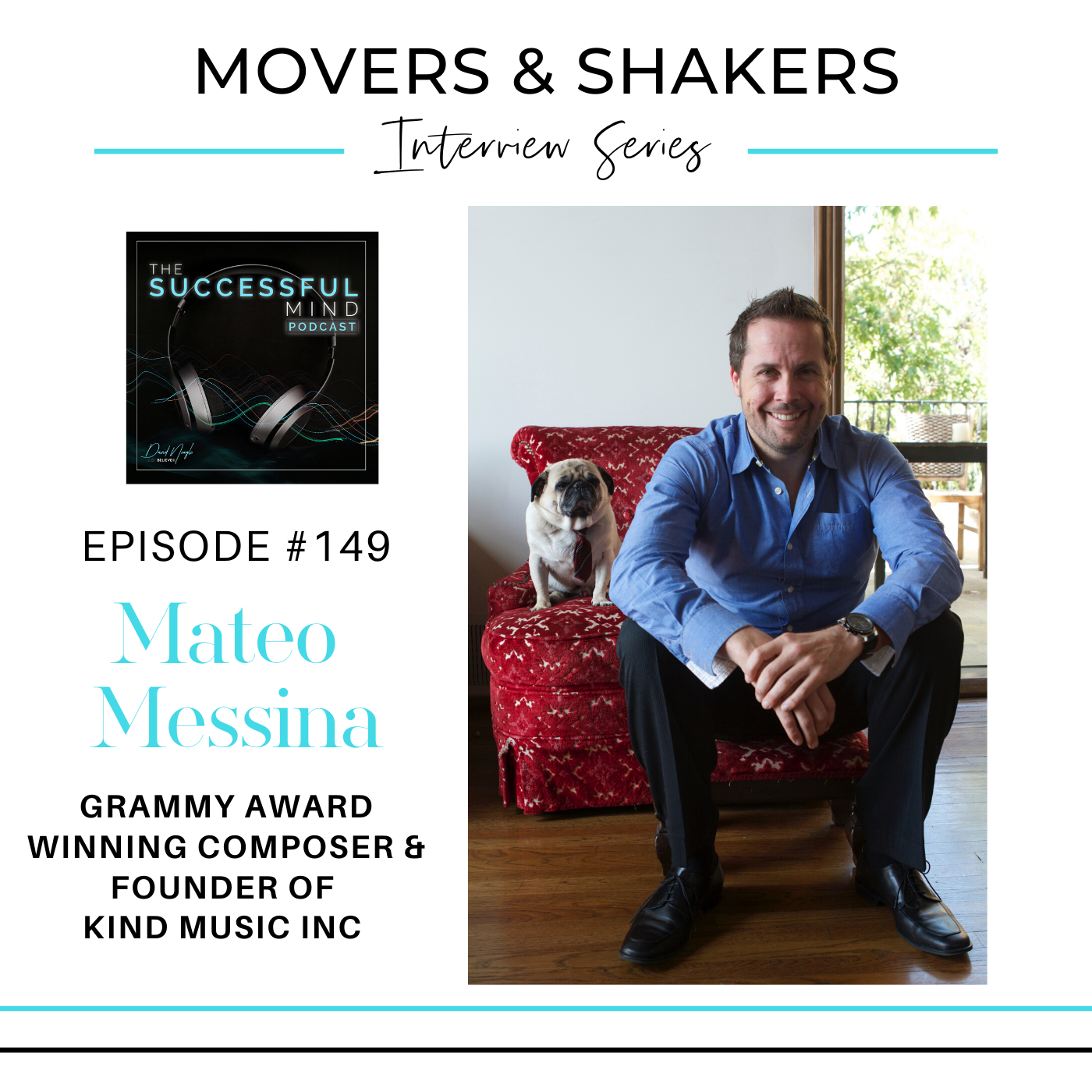 I’m so excited to share another episode in my Movers & Shakers series, where I feature amazing people who are making a huge impact in not only their lives but the lives of others.

This week I had the pleasure of sitting down with Mateo Messina, Grammy Award winning composer who writes music for film & television.

His style is curiously familiar and always interesting, his energy is ridiculously limitless, and his creativity knows no bounds. He’s a dreamer and a doer. He has written over thirty feature film scores and music for over two hundred episodes of television.

For the past two decades, Mateo has written, produced, and premiered over twenty symphonies in his annual concert to benefit families at Seattle Children’s Hospital. To date, he and his team have raised over $2,000,000 for these children and their families.