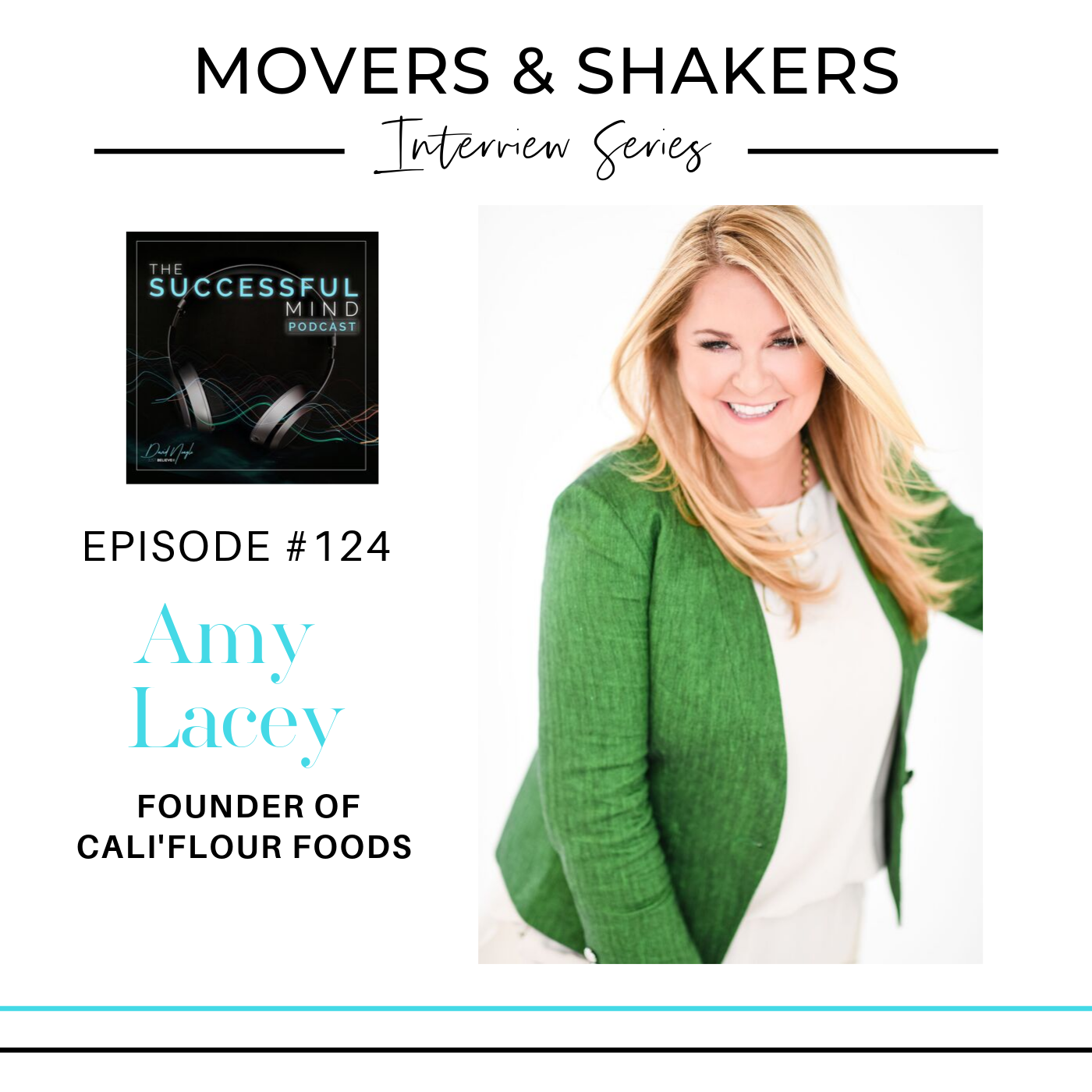 I’m so excited to share another episode in my Movers & Shakers series, where I feature amazing people who are making a huge impact in not only their lives but the lives of others.

This week I sit down with Amy Lacey, owner and founder of Cali’flour Foods. In 2010, Amy was diagnosed with Lupus, becoming one of 50 million+ people suffering from an autoimmune disease in the United States. No longer able to enjoy pizza night with her family, she set out to reimagine her favorite foods and created a no mess, no stress, cauliflower pizza crust to satisfy her cravings without sacrificing her health. Out of a mess, her message was born: healthy eating should taste as good as it makes you feel.

Since then, Amy’s Califlour pizza crusts were selected as Clean Eating Magazines Coolest New Find of 2017 & 2018 and named one of Whoppi’s Favorite Things on The View, along with being featured in major publications like Delish, Popsugar, CNBC, and Entrepreneur. Amy kicked off the new year by launching the National Best-Selling Cookbook titled Califlour Kitchen: 125 Cauliflower-Based Recipes for the Carbs you Crave.

Califlour Kitchen: 125 Cauliflower-Based Recipes for the Carbs you Crave.